Brandon Flynn (b. October 11, 1993) is an American actor. He portrays Justin Foley in Netflix's 13 Reasons Why.

In 2016, Flynn was cast as Mike the intern in "BrainDead". Flynn recently starred in Vineyard Theatre's production of "Kid Victory", a newly-written musical about 17-year-old Luke (played by Flynn) from Kansas, who recently disappeared from his hometown and finds himself growing close with the town's oddball, Emily. Flynn has also acted in 11 plays, including "Much Ado About Nothing and The Crucible". He created a one-man show, entitled "Driving Mein Fuhrer", which he performed in a studio show for New World School of the Arts. 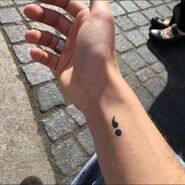 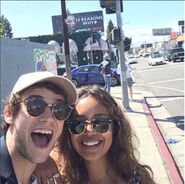 Behind the scenes of Netflix's '13 Reasons Why'

Actors of 13 Reasons Why were robbed and didn't know! (Interview) - Alice Aquino

'13 Reasons Why' Cast Murder, Scandal & the Lighter Side of the Final Season THR News