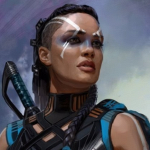 Hi, I'm an admin/bureaucrat for this wiki along with LegitPLLGirl and NikkiSarah. If want to report vandalism or you have any inquiries or concerns, be sure to leave a message below.