Miles Dominic Heizer (b. May 16, 1994) is an American actor. He plays Alex Standall in the Netflix Original series 13 Reasons Why.

His most notable film appearance is in Rails & Ties, playing Davey Danner when he was 12 years old. He also played the recurring role of Joshua Lipnicki on 4 episodes of the NBC medical drama series ER. From 2010 until 2015, he starred in the NBC drama series Parenthood as Drew Holt, Sarah Braverman's son. He also starred in Nerve as Tommy, and in Love Simon as Cal. He is currently dating Connor Jessup 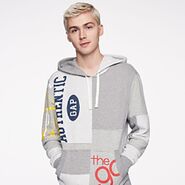 Celebrating at the MTV Awards

13 Reasons Why Cast Reveals What Surprised Them About Selena Gomez