Yeah. I'm the New Girl is the premiere of the third season of 13 Reasons Why. It is the twenty-seventh episode of the series overall.

This episode focuses on Clay Jensen as the main suspect in Bryce Walker's disappearance.

The cops question Clay about Bryce's disappearance. Clay remembers the aftermath of Spring Fling, when he raced to cover Tyler's tracks and met Ani.

The episode unfolds with narration by Ani Achola — a new transfer student at Liberty High School. Her Mom – Amara – works for the Walker family as a nurse for Bryce's grandfather, so she spends a lot of time at the Walker household and gets to know Bryce. Ani claims she knows a lot of secrets about people at the school.

This episode switches between two time periods: the night of Tyler's attempted school shooting and eight months later - after Homecoming.

Eight months before, after Tyler came to the school with assault weapons in the episode Bye, Clay and Tony ran to dissuade Tyler from doing any harm. Jessica, Justin, and Alex all saw Tyler and helped Clay try to protect him. Zach called the police when he saw what happened, but the group convinced Zach not to say anything to the police because that would implicate Clay and Tony - and by default the rest of them, since they helped to cover up for Tyler. Zach agreed to not say anything but also didn't want to be a part of protecting Tyler.

The group agreed to help monitor Tyler and help him get back to his normal self, while avoiding the police. Clay and Tony help discard the weapons and bring Tyler back to his parents' house. Tyler seems grateful for the help but also seems very mentally disturbed. The group is anxious because they all have this big secret that they've been keeping from the police and their peers.

After that dance, Ani joins the school as a new student. Clay is assigned to give her a welcome tour, which he does a pretty crappy job at (Ani comments on this)- but Ani still likes things about Clay and can tell he's a good guy. Clay is a bit distant and awkward with Ani, but he introduces her to Justin and Tyler.

On her first day, Ani sees Jessica in a school council meeting fighting to do something about the athletes at the school, since according to her - this is where all the problems and drama of Liberty High start. Courtney, the class president at the time, tells her to run for School President if she wants to do something about it. Ani sees this and tells Jessica that she sees something in her and that she should actually run. Ani even offers to be her campaign manager, which Jessica accepts.

Eight months later, Ani has built friendships with people in Clay's group – Jessica, Justin, Alex, and so on. There are a lot of references to the Homecoming football game, where Jessica (who is now class president) helped start a riot, presumably against the athletes. There was a big fight between two teams and school property was damaged. Jessica is facing suspension.

In one scene, Ani is frantically washing something red out of her shirt, while her mom calls her name. She hides the shirt and goes out to greet her mom, pretending like everything is okay.

It was also announced that after the Homecoming, Bryce Walker went missing and hasn't been seen since. His mother and others are starting to get worried that something actually happened to Bryce, whereas some, like Monty, just think that Bryce is off drunk, partying somewhere.

Ani sees Clay being brought in by the police for questioning. She runs to tell Jessica and Justin. All of them are wondering why Clay in particular is being brought in. They think it has something to do with Tyler and the attempted school shooting. Clay eventually tells them that it has nothing to do with Tyler but rather that he is suspected as having to do something with Bryce. Clay was seen outside his house a few days before Homecoming, and has been seen threatening Bryce before. Clay did not get arrested, just questioned, but now he's on edge. 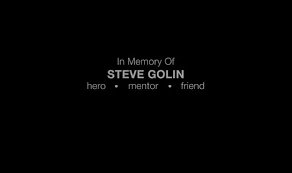 Deputy Standall: "Okay. Um. Clay you were seen outside of Bryce's house a few days before the Homecoming game. You apparently threatened him. [leans over to read a statement] Specifically you said "I'll fucking kill you." Can you explain that?"
Clay: "Who told you that?"
Deputy Standall: "It's not important. Do you remember saying that? "
Clay: "[stammers] I was--I was checking on a friend, their safety. I mean, Bryce has a history."
Deputy Standall: "Uh, is there anything else you think I should know?"
Clay: "No."
―  Clay and Deputy Standall (conversation continued)

Nora Walker: "Clay, my name is Nora Walker"
Clay: "Yes I know--I know who you are."
Nora Walker: "[sighs] Clay, I know Bryce hurt you and friends of yours. He's done some monstrous things. But he's my Son, I don't excuse anything that he's done, but he's my child. And he might be lost, he might be hurt. Do you know anything that might help us find him?"
Clay: "I don't, Mrs. Walker. I'm sorry."
―  Clay and Nora Walker after she enters the suspect room, after Deputy Standall leaves, asking Clay about Bryce

Jessica: "Did something happen this weekend? What did you do after the homecoming game?"
Zach: "(pointing at his crutches) Not very damn much."
―  Jessica asking Zach about after Homecoming.

Alex: "Here I'll help you with that, in terms of ironic things happening."
Zach: " Not my first time on crutches, Alex. "
―  Alex offering to help Zach

Gary Bolan: "Alright look. Given how destructive and public the events at the Homecoming game were, we're looking at a multiple-day suspension. "
Jessica: "Okay."
Gary: "And I understand that there are some very strong feelings here and that you and your group have an important voice that needs to be heard, and I want to be sensitive to that. But I also want to find a solution that is positive, even.. [Jessica gets the text in the group chat that Bryce has been missing since the Homecoming game] progressive as well as remedial."
Jessica: "[looking at the text] Oh, shit!"
Gary: "I'm sorry?"
Jessica: "I mean, um, yeah! Yeah, yeah, whatever."
Gary: "If I suspend you, I have to suspend everybody in your group. Not to mention Clay Jensen and Tyler Down. As well as the majority of the football team: Zach Dempsey, Justin Foley, Charlie St. George, Montgomery de la Cruz--"
Jessica: "Mmm, wouldn't that be a shame, if Monty got suspended.."
Gary: "We have damage to our stadium and to our field. We had to cancel the homecoming dance. I have football players walking around with black eyes and bloody faces, like they've been through the wars."
Jessica: "-Isn't that what football's all about? "
―  Jessica and Principal Bolan talking about the protest at the Homecoming game.

Gary: "I have the dean of students of Hillcrest calling threatening personal injury lawsuits."
Jessica: "Well, they started it."
Gary: "Our students threw all the first punches."
Jessica: "Yeah, but Hillcrest started it. You get that, right?"
Gary: "This was about Bryce Walker, was it not? The fact that he was on the field."
Jessica: "Bryce Walker had nothing to do with it."
Gary: "Yeah, well you and I both know that's not true. Now, you listen to me, Jessica, you incited a riot and there are consequences. You're the Student Body President for Christ's sake, you're supposed to be a role model!"
Jessica: "That's what I was being."
―  Jessica and Gary (conversation continued)

Retrieved from "https://13reasonswhy.fandom.com/wiki/Yeah._I%27m_the_New_Girl?oldid=40519"
Community content is available under CC-BY-SA unless otherwise noted.